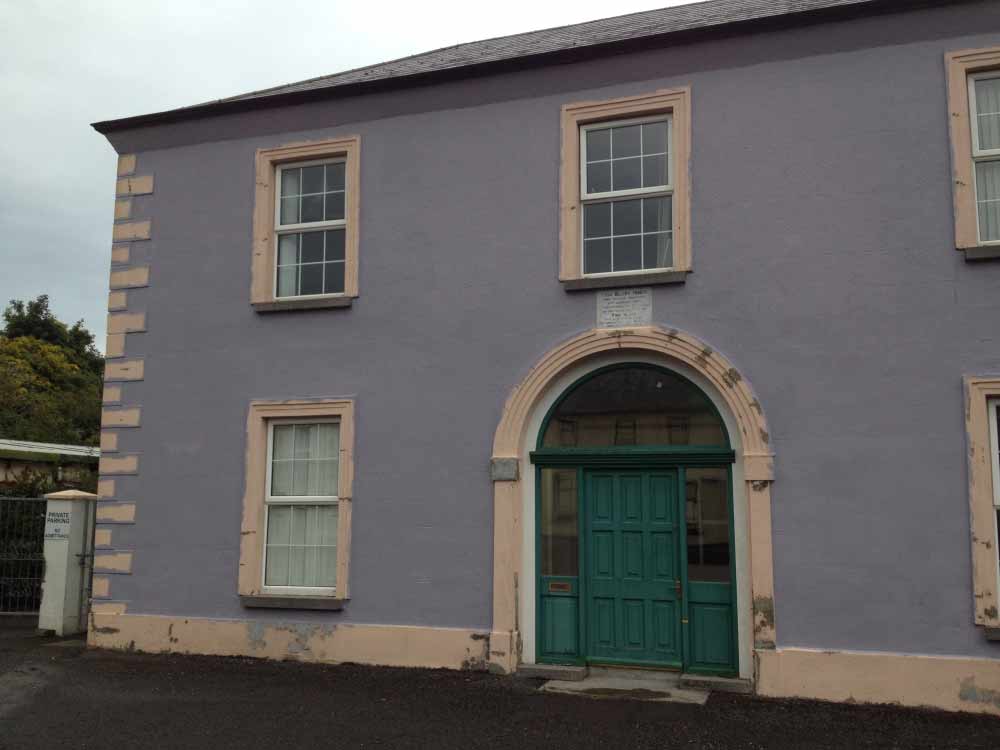 The house was built in 1890 for a local prominent professional family.

This fine detached Georgian house was built back from the street to insulate from the hustle and bustle of the busy market town and the school just across the road.

Beside the school was Sharpes yard. This well known stone masons cut limestone from the nearby Ardbraccan Quarry and this limestone was shipped by rail all over the country to castles, country homes and estates, including Ashford Castle. Imagine trying to sit through class as a young schoolboy with the sound of stone being cut next door. And thankfully for our guests the yard no longer exists!

The house remained a residence until 1957 when it was purchased by the Christian Bros. and became an extension of the boys school. Some improvements were made in 1959 and we know that in 1962 the Monsignor gave £250 for ‘upkeep to the school’ or ‘Bective House’ as it was known back then.

The Brothers kept it as a school until 1988 and many a former student has retold us a story or two of their schooldays here.

For a time the property remained commercial in one form or another but sadly from the early 2000’s it lay derelict. And so it remained until we purchased it in 2015. Over the next two years the house underwent extensive renovations. These structural & sustainable improvements along with a superb interior redesign gives a nod to it’s first life as a residence but sees it stand proud & beautiful for what we hope will be another 130 years and more...

...Be part of the story at Tom Blake House,